Night Mischief seems to be misjudged from the day he is born. He is very obedient and good natured, but because his name is Mischief, people, as well as the other horses, think he is a naughty pony. When one of the other ponies gets into trouble, Mischief is blamed, even though he actually tried to help. The story of Night Mischief tells how Mischief overcomes his name and the perceptions of others, holding his head high, and always knowing who he really is inside.

Welcome to the barnyard of Farmer Phillps. Mischief is just one of the many horses and ponies who live here. Each is different and each has a story to tell, just as we all do. Night Mischief is the first in a series of ”Pony Tales,” where readers get to know each pony and learn about life on a horse farm. 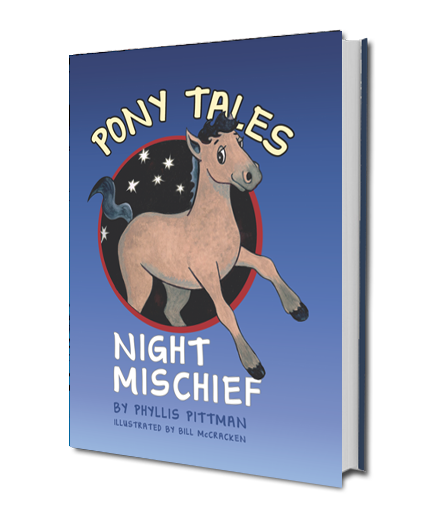